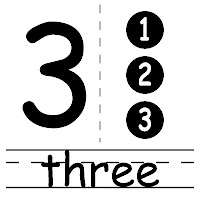 Church Council met on Wednesday May 12 for their regular monthly meeting. Here are the three things you need to know from that meeting:

Posted by Rev. Brian Frederick-Gray at 2:49 PM No comments:

And to see the full-sized Wordle rendering just click on the pic below.

Posted by Rev. Brian Frederick-Gray at 11:20 AM No comments:

I've been thinking about... 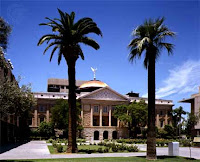 Who hasn’t been, right? This “Immigration Bill” recently signed into law by Gov. Brewer has been on all of our minds. Which is why I want to share with you portions of a pastoral letter drafted by UCC folks at our recent Southwest Conference Annual Meeting.

As people of faith we affirm and live by the biblical imperative, “When an alien resides with you in your land, you shall not oppress the alien. The alien who resides with you shall be to you as the citizen among you; you shall love the alien as yourself, for you were aliens in the land of Egypt; I am the Lord your God.” (Leviticus 19:33-34).

We are profoundly disturbed by the passage of the harshest anti-immigrant legislation in the country by the Arizona Legislature. It is legislation such as this that codifies racial profiling and creates an atmosphere of suspicion, hatred, and scapegoating of immigrants and  U.S. citizens.

We are committed to:


These are just excerpts from the Open Letter drafted at Annual Meeting. If you would like to see the letter in its entirety then copies will be made available for you.

Yours in the journey, Rev. Brian
Posted by Rev. Brian Frederick-Gray at 11:12 AM No comments: