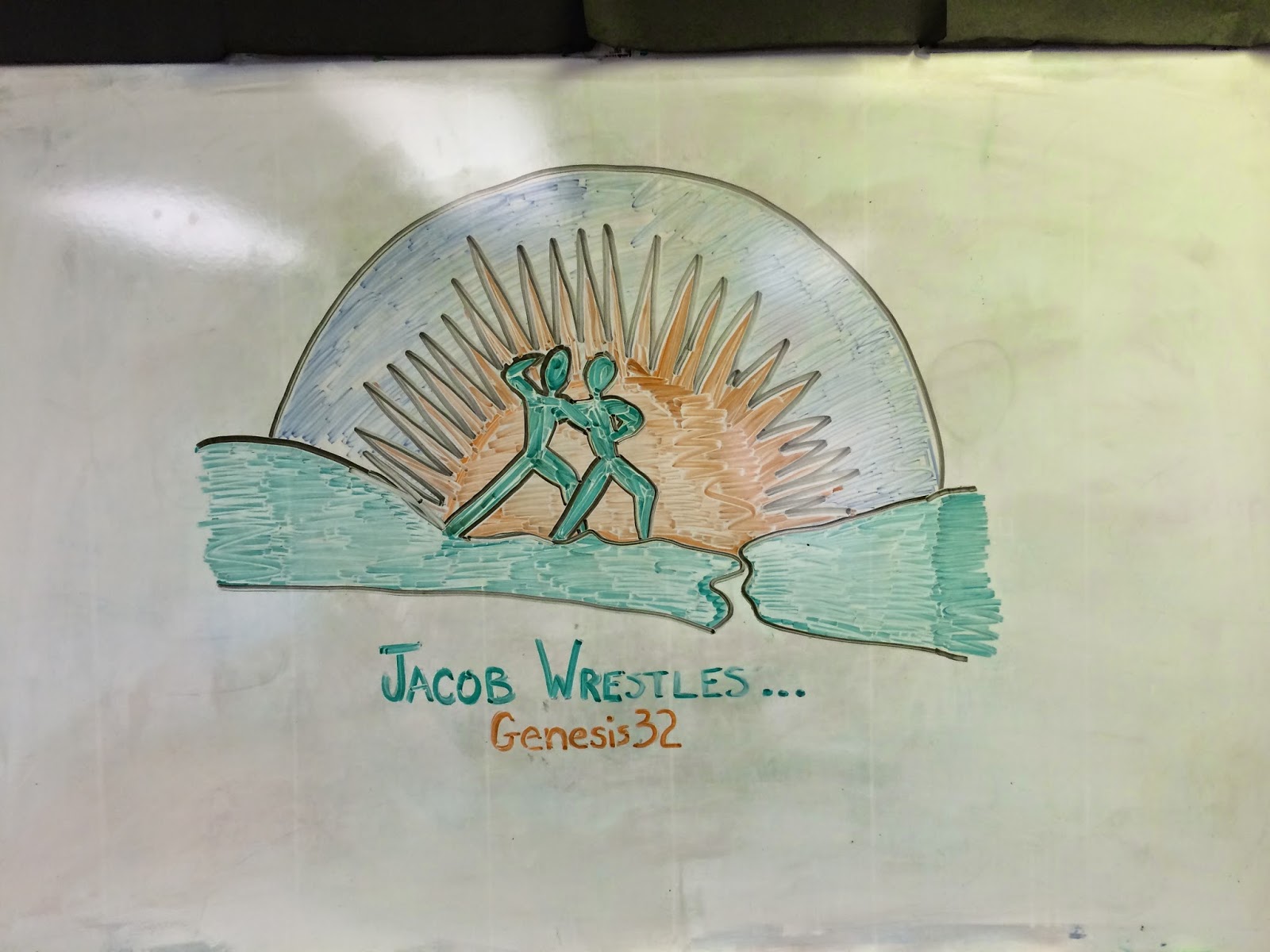 Not because the drawing was hard. No, I found a picture online that I liked and copied it to the best of my (limited) ability.

No, the hard part was deciding what title to write down below the image.

Read over Genesis 32:22-31 and answer me this one question: Who is Jacob wrestling with? (For your convenience you can find the scripture passage at the bottom of this article.)

It's not an easy question to answer, is it?

Christian tradition holds that Jacob was wrestling with an angel. You'll find the image repeated time and again in religious art and architecture -- Jacob in the heat of battle, wrestling with a white-winged creature that has come down unexpectedly from on high.

But Christian traditions also holds that it was God that Jacob was wrestling with. In fact, you can find that title ascribed to the text in the New International Version (NIV), the English Standard Version (ESV), the New Century Version (NCV), and at least a dozen other English language translations. And even though those particular words don't show up in the scripture account itself (remember, those titles are added by editors and publishers, they are not original to the text) you have to admit that the blessing Jacob gets from his foe is at least open to the interpretation that this could be God.

And yet, the text itself simply says that Jacob wrestles with a man. An unnamed, unknown assailant who comes out of nowhere, appears to fight dirty, and yet offers a name-changing and legacy-defining blessing for Jacob, now rechristened Israel.

Posted by Rev. Brian Frederick-Gray at 11:07 AM No comments:

This past Sunday our Administrative Council did something different. 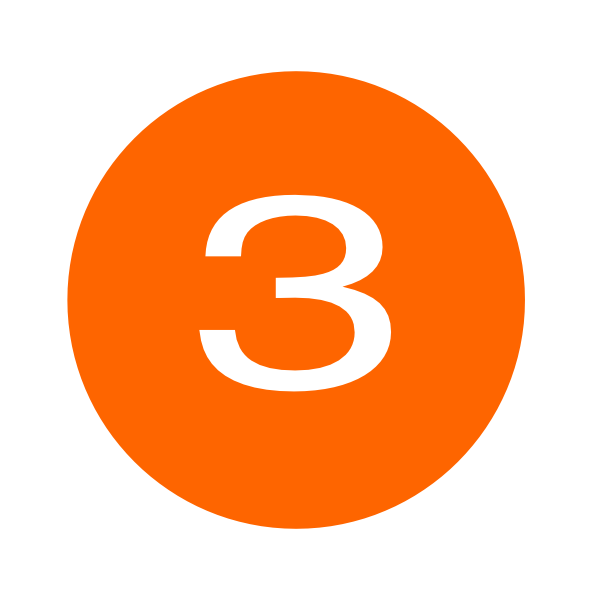 You see, for the very first time we met for a “Mid-Year Appraisal”.

For several years now Administrative Council has had a special retreat at the beginning of the year to identify our goals and lay out a plan for the year. This year we decided to take an extra step and carve out a special meeting in the middle of the year to see how we are doing, identify the larger issues before us, and spell out our top priorities for the remainder of 2014.

You all know that I like to end every meeting by brainstorming “The Three Things You Should Know…” Well, it just so happens we have Three Top Priorities for the remainder of 2014! So here they are:

Yours in the Journey, Rev. Brian

Bonus “Fourth Thing” from the Meeting: With Administrative Council’s blessing I have accepted the nomination to serve as Vice Moderator for the AZ Region!

Posted by Rev. Brian Frederick-Gray at 10:43 AM No comments: 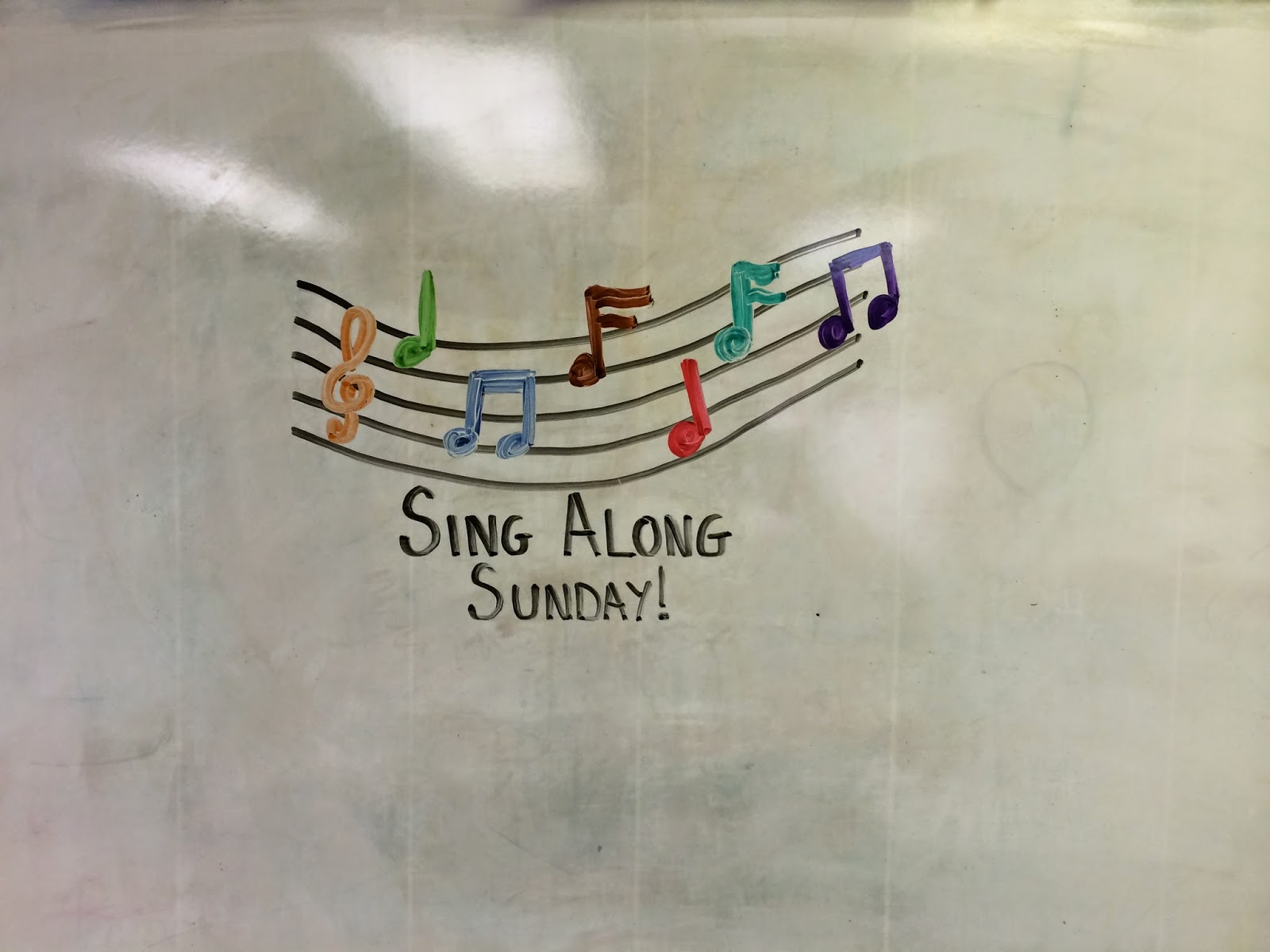 This coming Sunday we'll be doing something different in worship.

You see, this coming Sunday is Sing-A-Long Sunday!

Remember a few weeks back when Sandi asked you to fill out that bulletin insert asking you "What is your favorite hymn or praise song?" Well, we took those suggestions (no really, just about all of them!) and built an entire worship service around them!

So we'll be singing praises to God in all sorts of ways. We'll sing old favorites, new standards, and to be honest at least two songs I had never heard of before!

Come and join us this Sunday as we sing our praises to the Lord, celebrate the blessed gift of music, and witness the Kingdom of God breaking in all around us in melody and song!

See you Sunday!
Posted by Rev. Brian Frederick-Gray at 10:26 AM No comments:

Pictures of the Workship Project at Vista Del Camino during "The Fifth With First" on June 29. 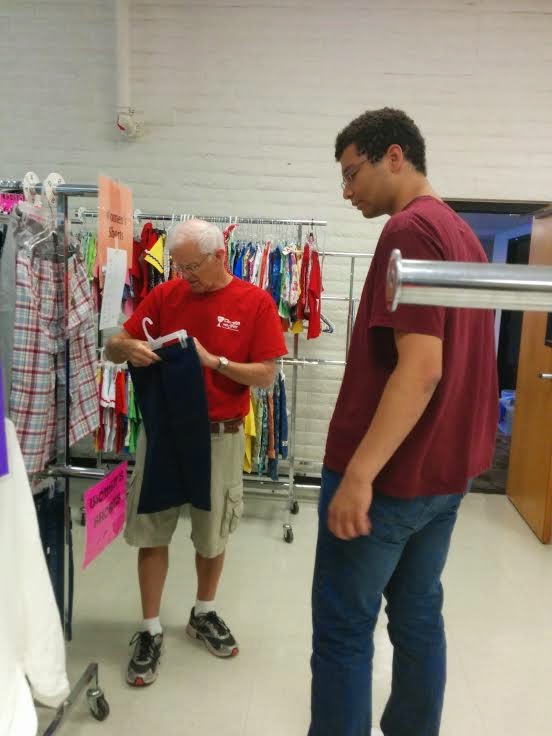 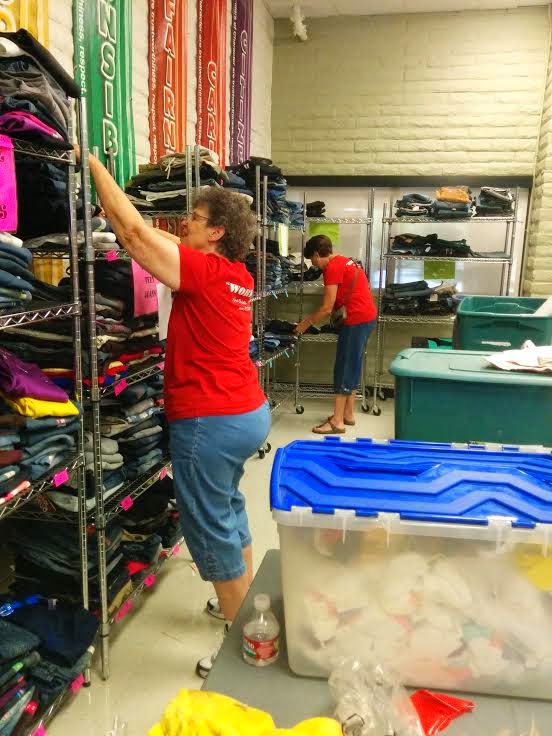 Post by First Christian Church Scottsdale.
Posted by Rev. Brian Frederick-Gray at 11:22 AM No comments:

Labels: The Fifth with First

Here is the Sermon Video that we shared this past Sunday at "The Fifth With First."


Post by First Christian Church Scottsdale.
Posted by Rev. Brian Frederick-Gray at 11:04 AM No comments:

Labels: The Fifth with First

Whiteboard: My Yoke is Easy 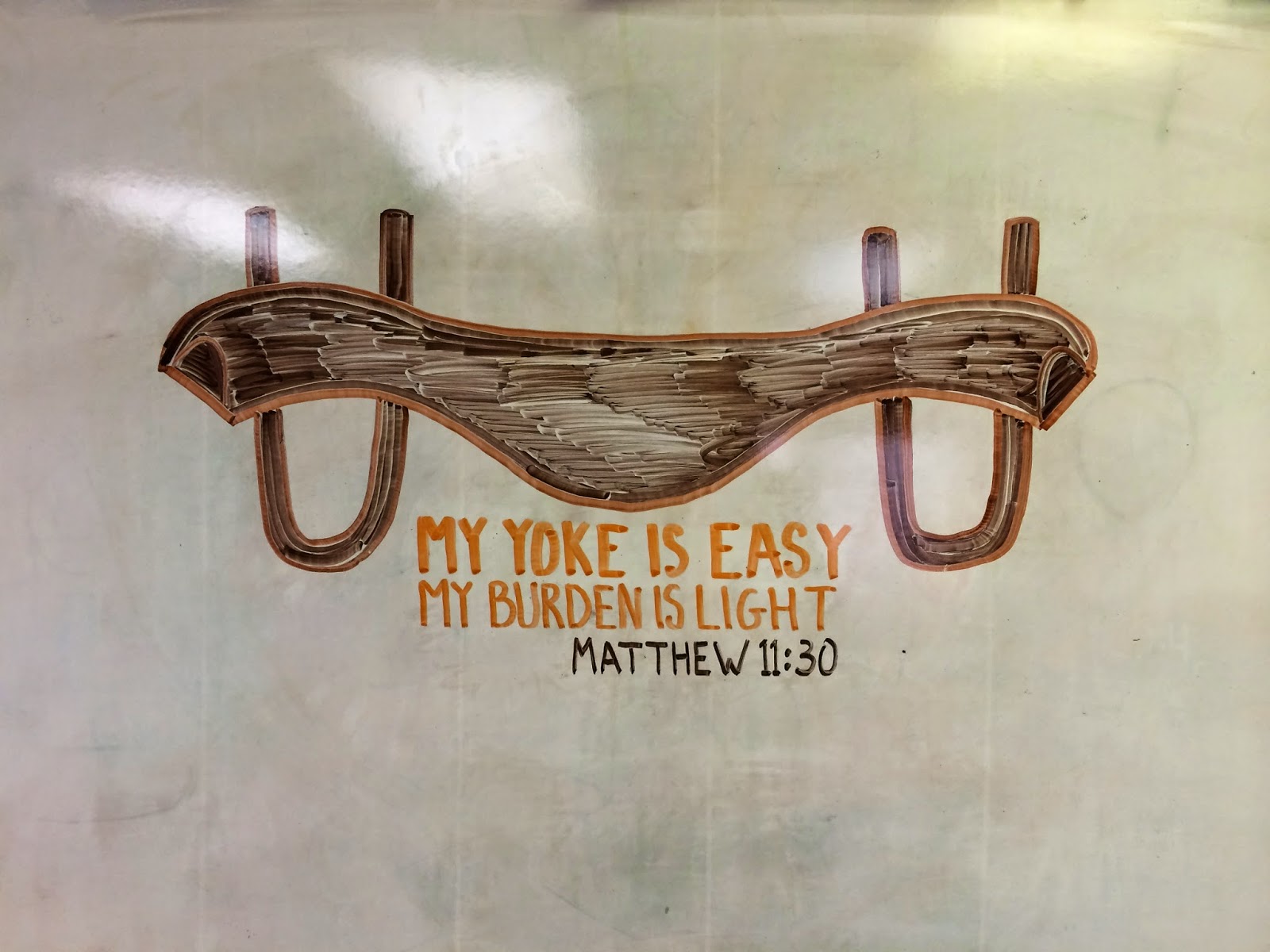 Naturally, on the last day before I leave for vacation the assigned lectionary reading for the morning would say, "Come to me, all you that are weary and are carrying heavy burdens, and I will give you rest."

No really, I promise it is the assigned gospel reading! I didn't pick it on my own!

I am looking forward to two weeks of vacation. I'll be visiting with family, celebrating my Mom's birthday, seeing old friends, and traveling throughout the Missouri, Oklahoma, and Indiana with my wife and my son. It will be a wonderful time of rest, re-cooperation, and re-connection.

But I'm also looking forward to diving in to this scripture reading on Sunday too. Christ is telling us some powerful truths here in Matthew 11:25-30 -- truths about the ways of the world, about the frustration of looking for meaning in all the wrong places, about the value of our lives, and about how he stands right beside us. That is what the "yoke" is all about, both on The Whiteboard and in the scripture text itself.

The sermon scripture isn't just a prelude to vacation this week, oh no. It is an invitation to journey with Jesus, to be yoked with Christ and work with him on a mission that is truly worth doing.

So come and join us this Sunday at FCC Scottsdale. Come all that are weary, all that are heavy burdened, all that are in need of a break and looking for a life worth living. Come join us as we worship and praise the Lord!


At that time Jesus said, ‘I thank you, Father, Lord of heaven and earth, because you have hidden these things from the wise and the intelligent and have revealed them to infants; yes, Father, for such was your gracious will. All things have been handed over to me by my Father; and no one knows the Son except the Father, and no one knows the Father except the Son and anyone to whom the Son chooses to reveal him.

‘Come to me, all you that are weary and are carrying heavy burdens, and I will give you rest. Take my yoke upon you, and learn from me; for I am gentle and humble in heart, and you will find rest for your souls.For my yoke is easy, and my burden is light.’

Posted by Rev. Brian Frederick-Gray at 10:21 AM No comments: